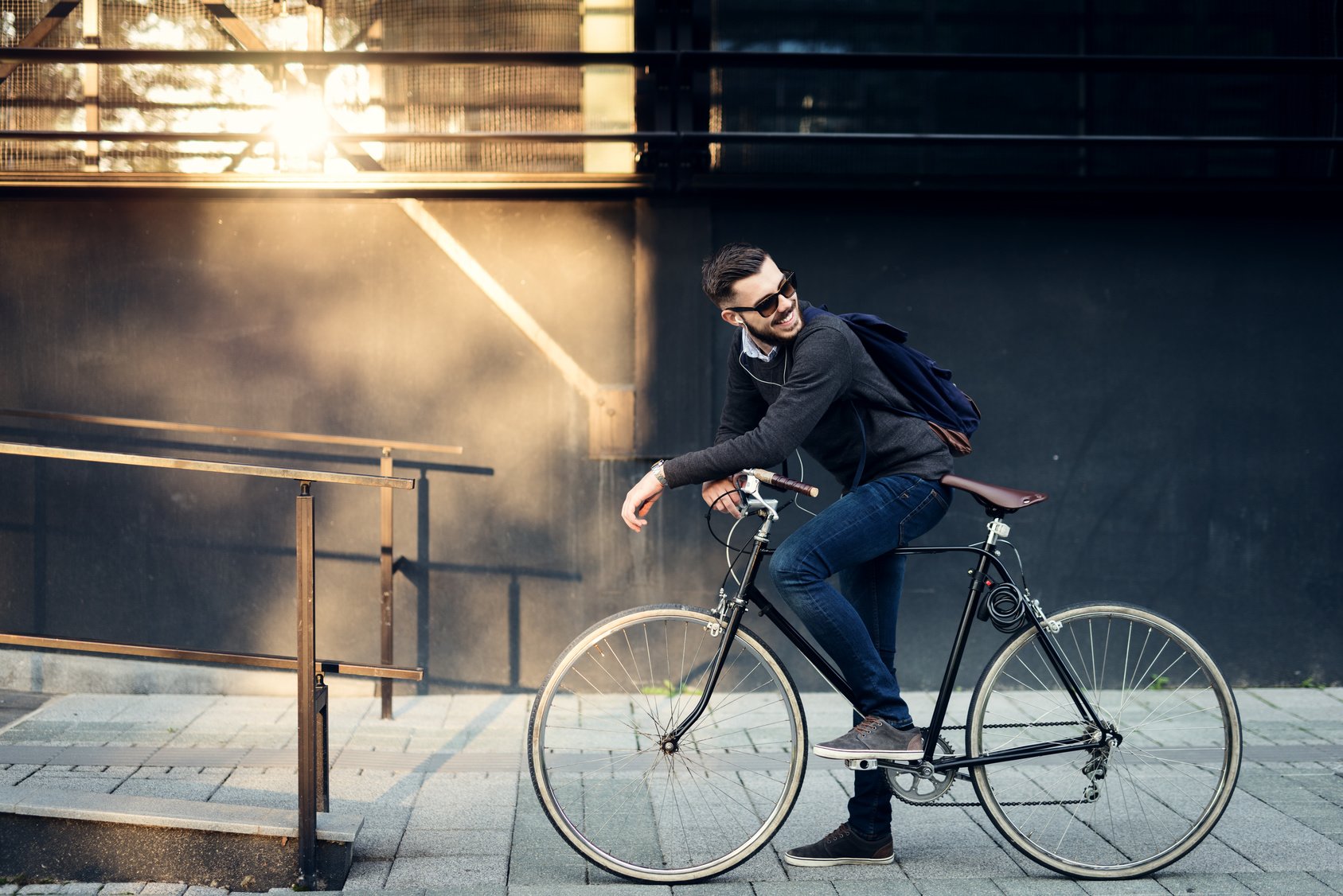 Hybrid bikes are designed for casual and serious riders. The bike’s versatility is its big selling point. But no bike is perfect and this includes the hybrid. Learning more about hybrid bike pros and cons can make it easier for you to determine if the hybrid bike is right for you, depending on why you need a bike and where you want to go. The hybrid is marketed as an all-purpose bike, but it’s not without limitations.

The hybrid bike pros and cons stem from the common misconception that these bikes are a perfect blend of the road bike and the mountain bike, but they’re really not. Instead, the hybrid bike has taken a few characteristics of each type, but it doesn’t excel in speed the way the road bike does, or with off-roading like the mountain bike does. Instead, it’s a great option for the cyclist in need of a reliable mode of transportation for commuting to and from work, or for long bike rides on the weekend. The hybrid bike just isn’t designed for true off-roading, nor is it equipped with the lightweight frame and thin tires that are needed for racing. Instead, the hybrid bike really is in a class all its own.

For the hybrid, the pros really do outweigh the cons. Ultimately, this is a bike that’s designed to last for years. While it isn’t as durable as the mountain bike or as fast as the road bike, it can take you the distance, working as an all-purpose bike that you can enjoy riding year round.

It’s true, hybrids do have some of the same characteristics as both styles of bikes, but it really has a style all its own in terms of where it can go and what you can do with it. You wouldn’t take a mountain bike or a road bike on a long distance bike ride, but you would take a hybrid. The hybrid also excels as a commuter since it is considered almost as durable and tough as a mountain bike, but without the extra weight. There are many debates in the cycling community regarding the hybrid, with some serious cyclists quick to write these bikes off, without even trying one out.

The fact is, that while the hybrid may not meet the needs of every cyclist, it does have much more to offer than the mountain or road bike.

The hybrid remains the leading bike on the market in terms of versatility. It’s a more affordable option than either the road or mountain bike, and it’s very upgradable so you can make changes to most of the hybrid’s components in order to suit your cycling needs. Other bikes on the market simply can’t compete.

Can the Hybrid Really Perform Like a Mountain Bike? 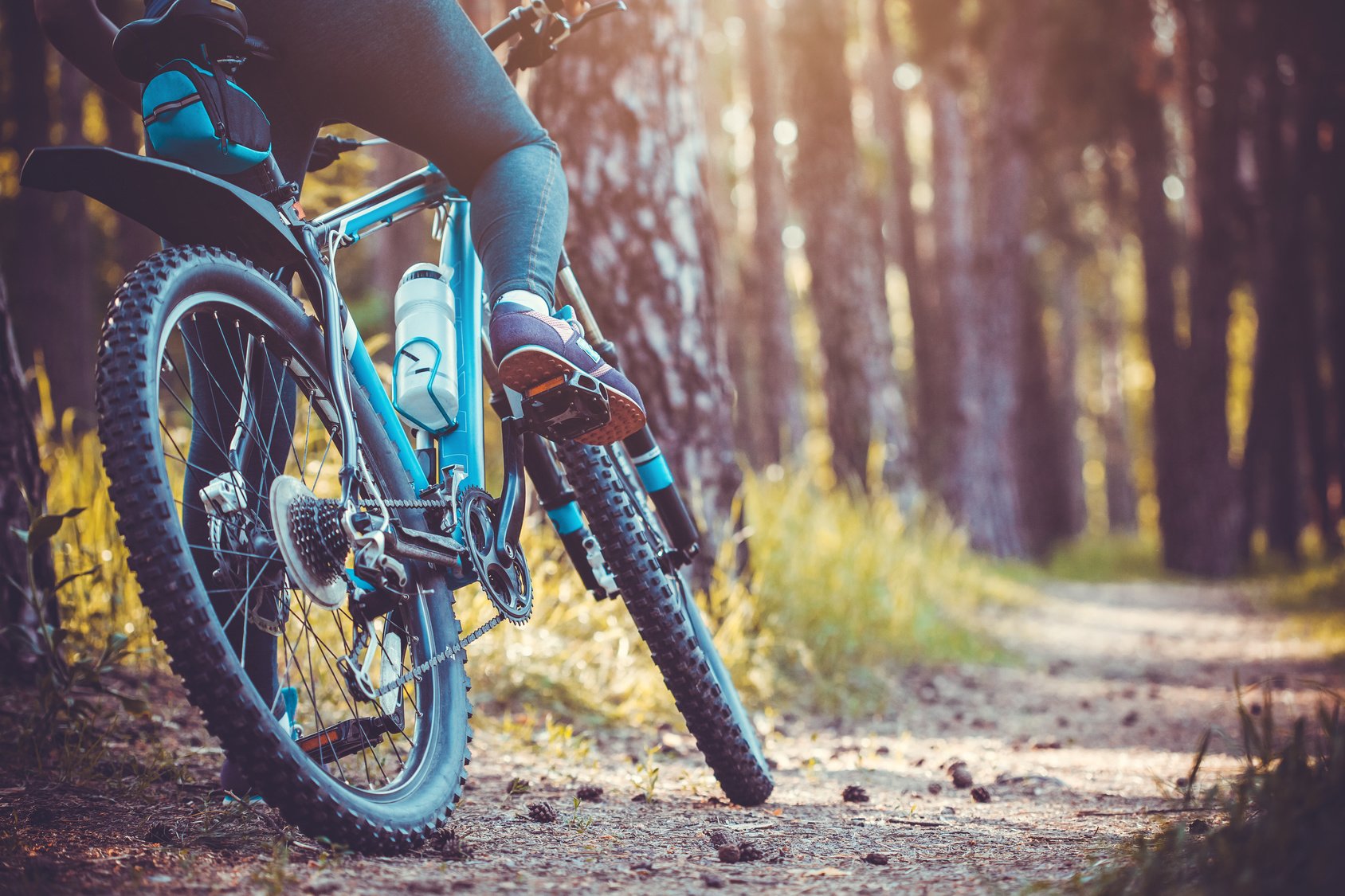 The mountain bike is able to handle the type of dangerous terrain you’d never dream of taking a road bike on. They can easily ride over obstacles in their path, such as rocks, small branches, and debris. For the same reasons, the mountain bike must be able to easily steer around larger obstacles. Because of this, most mountain bikes are equipped with more responsive steering compared to road bikes and even the best cruiser bikes. Their steering responsiveness is said to be superior to hybrid bikes. Hybrids are designed to handle off-roading, but while they’re heavily marketed as a combination of a road bike and a mountain bike, they can’t quite handle the same type of terrain that a mountain bike can.

Instead, the hybrid is better off on dirt paths, pavement, sidewalks, and gravel roads.

Many beginners or casual cyclists who want a more versatile bike often consider the hybrid bike because they believe that the bike can actually perform exactly like a mountain bike, but this simply isn’t true. Many hybrid models don’t come equipped with a suspension fork, which can make for one dangerous, bumpy, and uncomfortable ride, should you decide to take your hybrid out for a little off-roading. But while the hybrid can’t handle mountain trails, it can handle moderately difficult terrain. The tires on the hybrid are somewhat grippy, at least compared to the type of tires you’ll find on a road bike, but in terms of power and traction, they can’t compare to the type of knobby tires you’ll find on all mountain bikes.

Pros: The hybrid can travel where many other styles of bikes cannot. Because of the bike’s geometry, gears, and tires, you can ride a hybrid in rainy weather, on city streets, on gravel paths, dirt trails, and sidewalks.

Cons: The hybrid bike doesn’t offer the same type of riding experience that a mountain bike does, despite the fact that they’re marketed as such. However, if you upgrade the tires to mountain bike tires, and if the hybrid bike has suspension, it is possible to take them out for a spin on rougher terrain.

But if you’re considering buying a hybrid bike because you want to do some off-roading on the weekends, you’re better off buying a traditional mountain bike.

Hybrid bikes often appeal more to the casual cyclist than the serious cyclist. Most models of hybrids are designed primarily for comfort instead of performance. However, there are several models on the market that are perfect for touring, fitness training, and commuting, if you know what to look for.

In terms of comfort, these bikes are definitely a much better option compared to mountain bikes and road bikes, however, the cruiser bike’s high, curved handlebars and wider, larger saddle take the lead as the most comfortable type of bike on the market.

On the road, they do offer a nice, smooth ride. The bike’s design allows you to sit up straight. With a road bike or a mountain bike, the cyclist has to sit leaning over the handlebars. This type of aggressive stance allows for more aggressive pedaling, which equals a faster speed. But the ability to sit upright on the hybrid allows the cyclist to relax, while the extensive range of gears can help out in terms of pedaling power.

So, as far as comfort goes, the hybrid scores well.

Pros: The frame design of the hybrid allows you to sit upright. This takes stress and tension out of the neck, shoulders, and upper and lower back. A more comfortable ride can equal a more solid performance, allowing you to ride for a longer period of time.

Cons: The hybrid isn’t quite as comfortable as the cruiser, which features a much wider, heavily padded saddle. However, the hybrid can go where the cruiser cannot, so it’s a fair tradeoff.

Are Hybrids as Fast as Road Bikes?

The road bike is designed to be fast, which is why the bike’s frame typically weighs fifteen to nineteen pounds.

So, how much do hybrid bikes weigh?

Another major difference between the hybrid and the road bike, and one that can also affect a bike’s speed is the tires. The road bike uses very thin tires with minimal tread, whereas the hybrid bike normally has the 700c tires which have a moderate amount of tread. These tires work well on wet surfaces, pavement, sidewalks, dirt trails, and gravel. The tires on the road bike are meant for smooth, dry, flat terrain only. However, it’s the thinner tires that help improve the road bike’s speed.

Where Can a Hybrid Bike Go?

You’re better off sticking to dirt trails, gravel or pavement with the hybrid. These bikes are often marketed as perfect for off-roading, but they really aren’t. Most models don’t come with a suspension fork, the lack of which can make going on any off-roading adventure very uncomfortable. This means you’ll feel every bump in the road. The hybrid also lacks the type of maneuverability and control you’d need to take on mountain bike trails. The hybrid is a great choice for rides around town, touring, and even use during the rainy season. It’s a more versatile choice when compared to other styles of bikes on the market, but it’s not without its limitations.

Yes. The road bike is designed for racing and training, which is why it’s frame is so much lighter than other styles of bikes. In fact, the road bike is around ten to fifteen pounds lighter than the hybrid. Throw in the thin tires and you’re looking at a bike that’s designed to fly. However, the lightweight frame and thinner tires also have a major impact on the bike’s durability.

Can Hybrid Bikes Be Used on Trails?

Yes and no. You can ride a hybrid on a dirt path, or a gravel path. They can handle small debris, but they can’t maneuver around or ride over larger obstacles as well as a mountain bike can. If the hybrid bike you choose comes with a suspension fork and you’re willing to pay extra cash for mountain bike tires, then the hybrid will handle more like a mountain bike compared to a basic hybrid with the 700c tires.

To learn more about hybrid bikes and the features to look for, click here to read our buyer’s guide.

Is a Beach Cruiser Better than a Hybrid?

There are plenty of hybrid bike pros and cons. While the hybrid definitely has its place in the cycling community, for some, the name hybrid indicates that it’s the perfect blend of the mountain bike and road bike, but it’s not. The hybrid should be thought of as a comfortable touring bike or commuter. It doesn’t possess the same type of comfortable ride that the cruiser can offer, or the durability and power that the mountain bike does, or the speed that the road bike offers. Yet, the hybrid features some of the characteristics of each of these styles. It’s a bike that may have been primarily designed with comfort in mind, but it’s clearly so much more. It’s the one bike you can use for touring on the weekends and a bike you can also rely on Monday through Friday for your work commute. Clearly, the hybrid has many flaws, but it excels in many important areas, making it obvious why these bikes are so hot right now.

Article Name
Hybrid Bike Pros and Cons: How the Hybrid Takes the Lead
Description
Learn the truth about the popular hybrid bike. Find out if it really is as versatile as some cyclists claim and what to expect in terms of performance.
Author
Joseph Stratton

You can find out more about which cookies we are using or switch them off in settings.

This website uses cookies so that we can provide you with the best user experience possible. Cookie information is stored in your browser and performs functions such as recognising you when you return to our website and helping our team to understand which sections of the website you find most interesting and useful.

Strictly Necessary Cookie should be enabled at all times so that we can save your preferences for cookie settings.

If you disable this cookie, we will not be able to save your preferences. This means that every time you visit this website you will need to enable or disable cookies again.